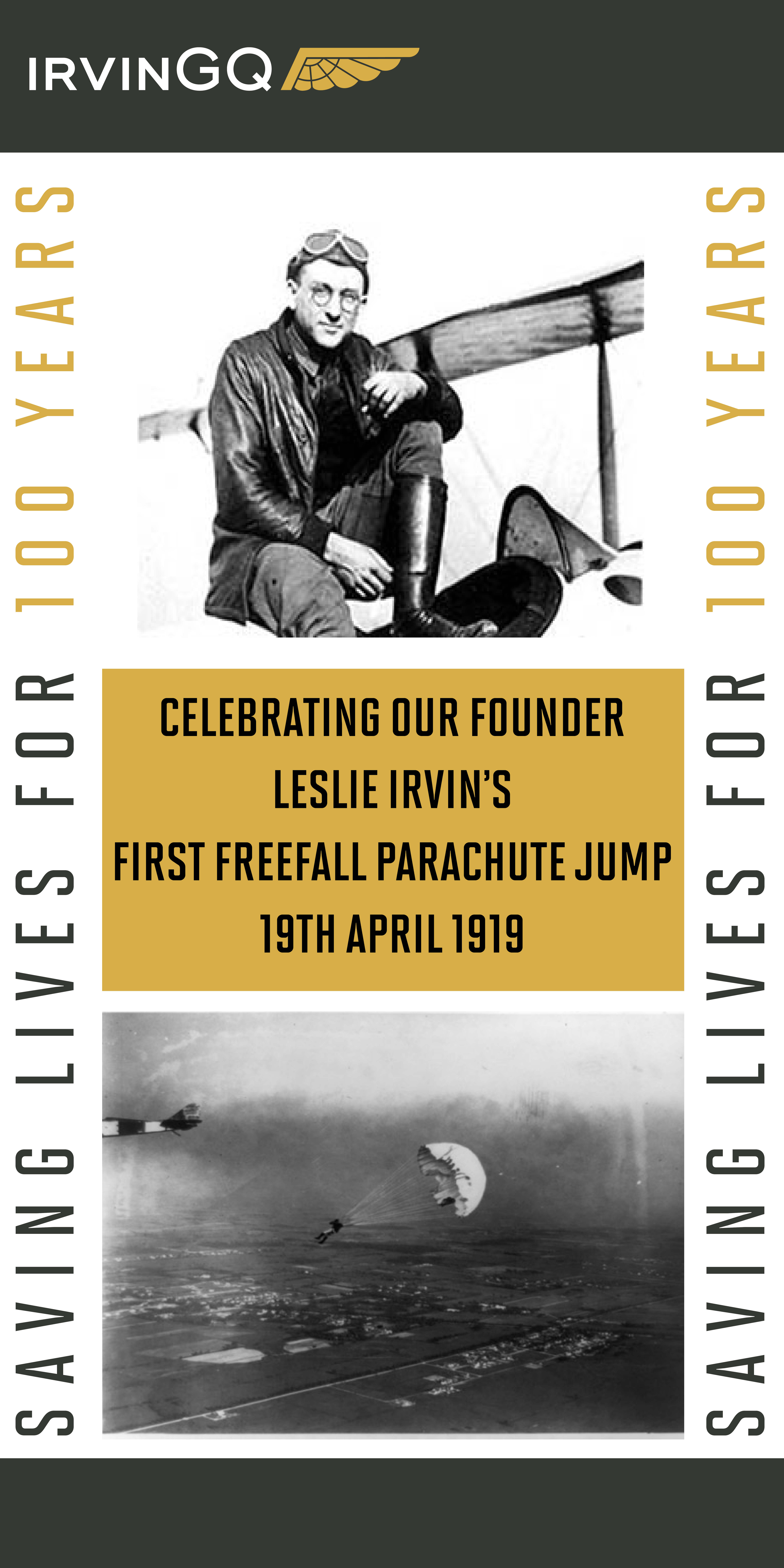 On the 19th April 1919, Leslie Leroy Irvin made the world’s first free-fall parachute descent in the USA and formed Irving Air Chutes later that year, establishing a European factory for the mass production of parachutes in England in 1926. At about the same time, James Gregory and Sir Raymond Quilter foresaw the need for widely available and dependable parachute systems for aircrew and formed GQ Parachutes in 1932.

The 1930s saw both companies established as major suppliers of emergency escape parachutes to the world’s air forces.

In 1940, Irvin and GQ collaborated to produce the X-Type Paratroop Parachute Assembly to meet the need for a safe and reliable static line assembly for the new and rapidly expanding Army Airborne Forces (‘static line’ is a mechanism for automatically pulling the parachute cord on exiting the aircraft). This assembly, with minor modifications, was to be used throughout World War 2 and for some 20 years beyond. During the war years, both companies mass-produced parachute assemblies for both aircrew and airborne forces.

Many of their names are recorded in the registers of the Irvin Caterpillar Club and the GQ Gold Club, established in 1926 and 1940 respectively. New members continue to be enrolled in these exclusive clubs.

In the post-war years, both companies expanded their capabilities into non-personnel applications. Irvin and GQ manufactured braking parachutes for the first jet combat aircraft and continued to supply assemblies for the latest types entering service. Systems for the safe recovery of unmanned aircraft and space vehicles have also been developed and utilised.

For more than 75 years, both companies have been at the forefront of the on-going development of airdrop systems for the aerial delivery by parachute of very large and varied loads of equipment and supplies, to enhance the capabilities of airborne forces.

In 2019 we celebrated the 100 year anniversary of Leslie Irvin’s first premeditated free-fall parachute jump.  That’s 100 years of Irvin and 100 years that IrvinGQ has been saving lives.  There’s no wonder why at IrvinGQ, safety is in the fabric of our business. 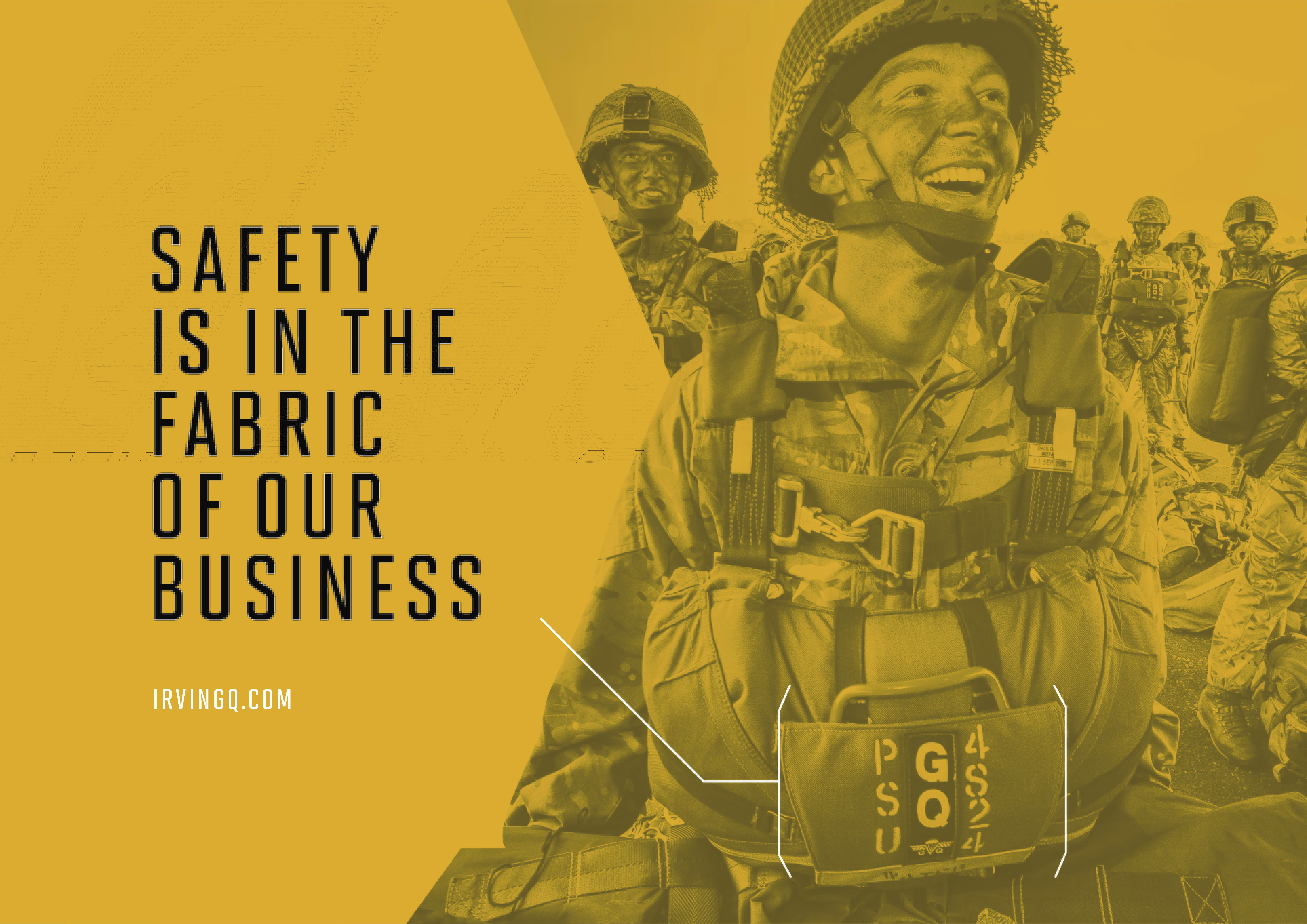