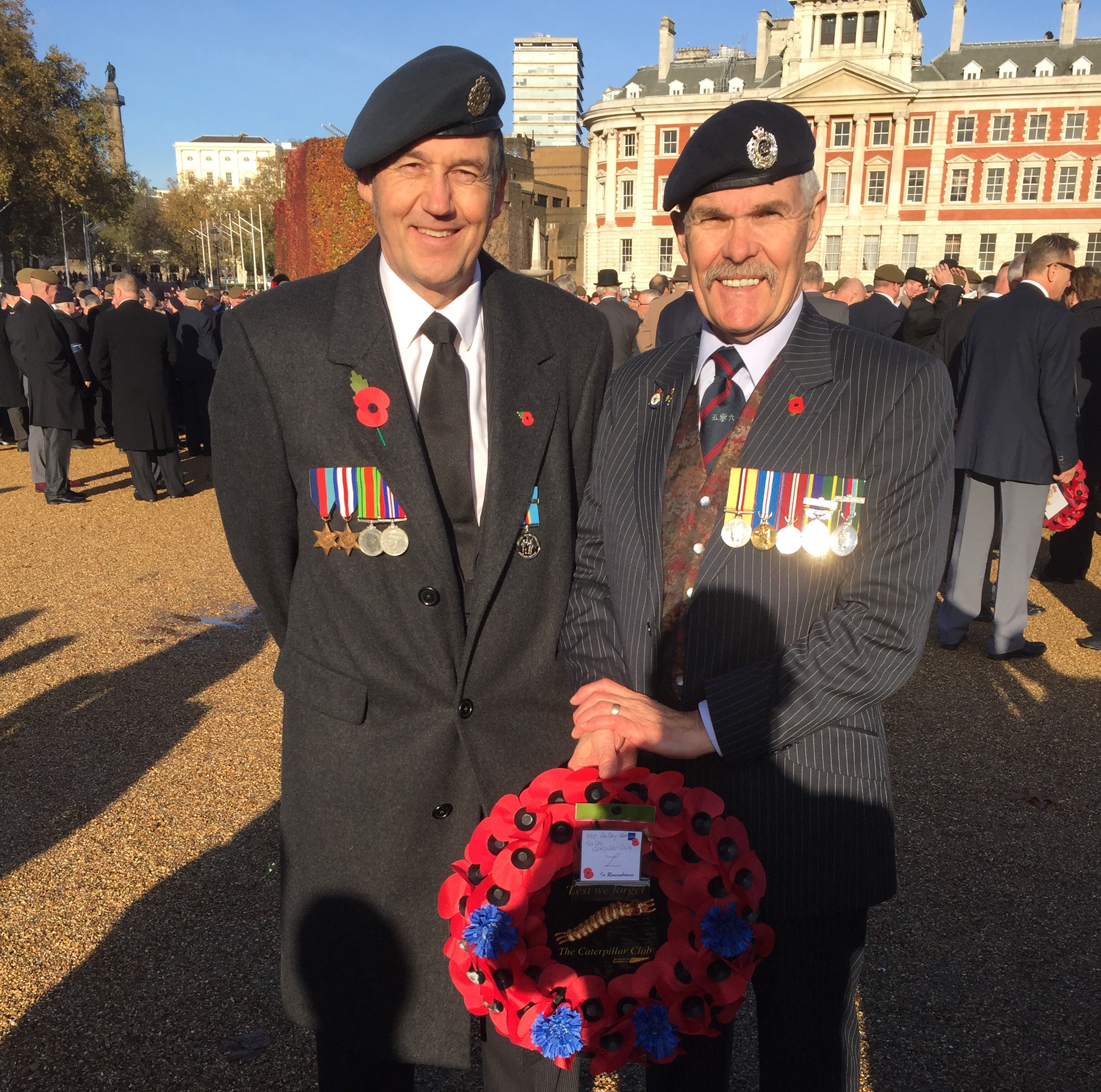 This 2016 Remembrance Day was a most moving and memorable day.

After a very early start from home and chatting to other ex-service personnel on the train to London, the day started out by the members of the RAF Survival Equipments Fitters (Squippers) Association rendezvousing at a local fast food restaurant by Victoria Station.

Once we had purchased a coffee and ‘hearty’ breakfast, the SESA Chairman, Mark Jewell, ticked off our presence and the group walked down Victoria Street to Horse Guards Parade, where the Remembrance parade convened.

There was particularly high security this year and every person on the parade had to have a personally addressed ticket together with ID as we had to pass through a couple of police check points. Once on the Horse Guards Parade square, we kept ourselves warm with reminisces of past service together with contents of several hips flask, where various types ‘contents’ were exchanged. My own selection was rum in memory of my Grandfather who, 100 years ago, walked along the trench issuing a ration of rum to each of his troops before they went ‘over the top’ at Gommecourt Wood during the first day of the Battle of the Somme.

We stood around for almost a couple of hours and during this time, met a lady who had worked for Gary McHugh (now Airborne Sysytems North America) many years previously, as well as identifying another member for the Caterpillar Club who, whilst flying his Phantom in a five ship flight, had collided with one of his colleagues and had to eject, landing in the sea and simultaneously become eligible for the ‘Goldfish Club’… (Those persons who have survived a ditching into the sea).

Eventually we were marshalled into columns of six deep and marched through the building arch onto Whitehall itself. We and the crowd lining the pavements, applauded other veterans as they marched into position and once assembled, stood for the Remembrance service, with local large screens allowing us to see the Queen, Prince Philip, Senior Service personnel, government representatives etc. laying their wreaths.

The two minute silence was absolutely extraordinary and so humbling… tens of thousands of people congregated without a single noise. It was soon our turn and the column of some 8000 people, primarily service personnel, then marched down past the Cenotaph and with an ‘eyes left’ I passed over the wreath for laying at its base. We continued around the block to various bands and as we returned to Horse Guards Parade, we passed the dais where Prince Charles took the salute…. I’m sure he recognised Phil Rounce and myself from his recent visit to Airborne Systems, but obviously was not in a position to acknowledge us!

After the ceremony, following the parade proper, we gathered for a few pictures for the file and finally reconvened down at the local hostelry and celebrated the lives of Group members that are no longer with us. The day ended with many delays back home due to problems on the railways, however, I had a wonderful conversation with a fellow passenger who had been the Commander of one of the Tank Regiments… and even though over seventy, still helped out with Junior Leaders organising their parade column.

Written for Airborne Systems by Andy Cowley | Date Published 14/11/2016
-Back to news
-Next article
Related News
We use cookies to ensure that we give you the best experience on our website. If you continue to use this site we will assume that you are happy with it. Cookie settingsOK PRIVACY POLICY
ACCEPT/REJECT COOKIES