As an employer of more than 250 staff, IrvinGQ has undertaken Gender Pay Gap Reporting as required by the Equality Act 2010 (Gender Pay Gap Information) Regulations 2017. This involves carrying out calculations that show the difference between the average earnings of men and women in our organisation. 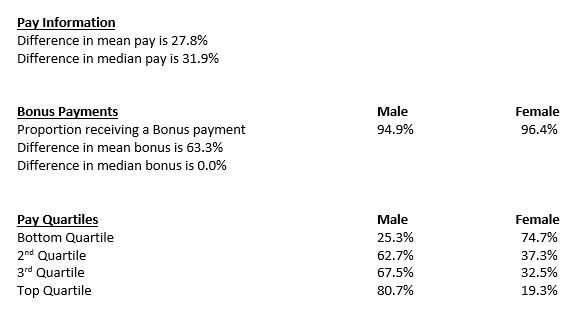 The data contained in this gender pay gap report is calculated based on a snapshot of our UK payroll employees on 5 April 2017.

I confirm the information published above is accurate.