When parachutists are dropped by means of a static line system, there is a very remote possibility of the static line being mis-routed through a wearer’s harness, or, due to a faulty exit, becoming entangled around his body or equipment. Such mishaps can prevent operation of the parachute and result in the user being suspended and towed outside the aircraft. A rapid rescue is essential to prevent injury to the parachutist and damage to the aircraft. 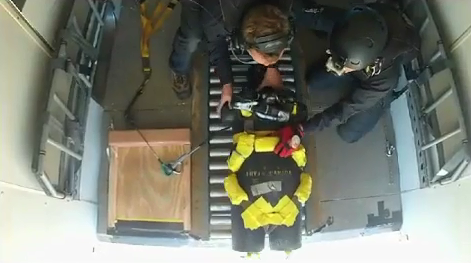 HUPRA Mk3 fulfils this requirement by the attachment of a second parachute and the release of the fouled line, thus allowing the parachutist to descend safely. The release assembly can be employed in both large and small aircraft. 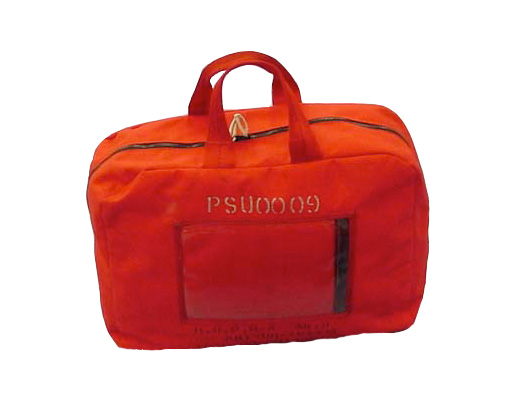 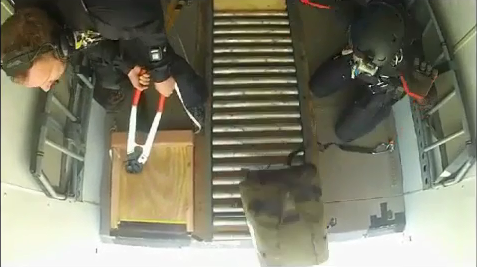 To avoid confusion between the HUPRA Mk3; the Air Training and the Ground Training variants, a specific material colour designation has been determined alongside clearly modified labels.

The HUPRA Mk3 Air Training demonstration Unit, (MRIASE2443) has been given the colour designation of yellow throughout to include the Pack Assembly and Snap Lock Connector Assembly.

The HUPRA Mk3 Ground training Demonstration Unit, (MRIASE2444) has been given the colour designation of blue throughout to include the Pack Assembly and Snap Lock Connector Assembly.

View the below attached data sheet.  Take a look at our alternative parachute to the HUPRA Mk3, the HUPRA T-11

Back to our Aerial Delivery, Personnel Parachutes and Search & Rescue Products Homepage